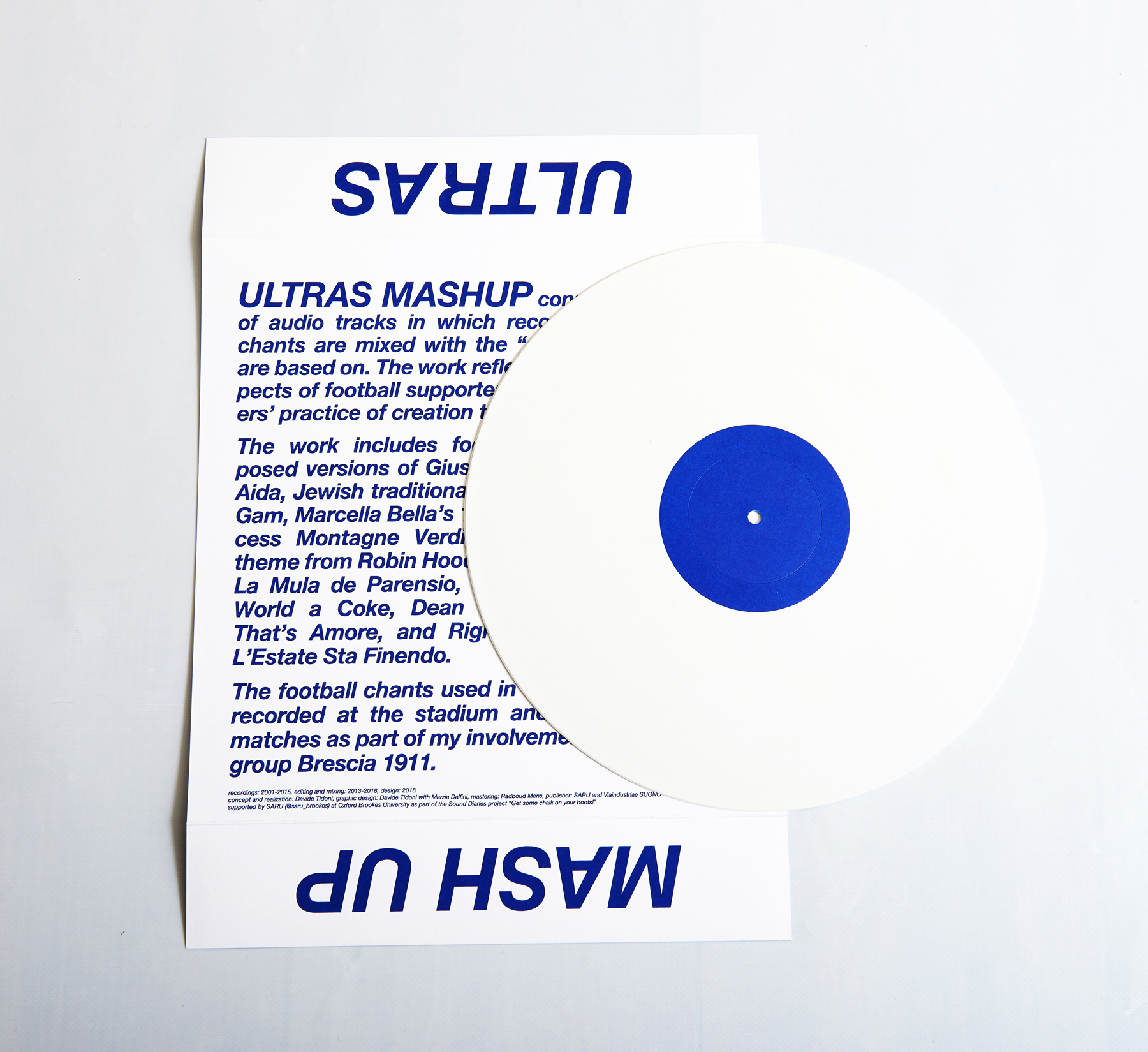 We’re very pleased to announce the release of ULTRAS MASH UP, by Davide Tidoni.

ULTRAS MASH UP is a series of audio tracks in which recordings of football chants are mixed with the original songs they are based on. The work reflects on the musical aspects of football supporters’ culture and supporters’ practice of creation through appropriation.

The football chants used in the tracks have been recorded at the stadium and on trips to away matches as part of Tidoni’s involvement with the ultras group Brescia 1911.

ULTRAS MASH UP is one of a number of publications released during the Sound Diaries/SARU exhibition, Get Some Chalk On Your Boots!

Get Some Chalk On Your Boots! is a project developed by Paul Whitty in the School of Arts at Oxford Brookes University. As well as the many publications, the project, the purpose of which is to investigate the everyday sounding cultures of football, also includes a symposium, with speakers such as Lauren Redhead and Patrick Tubin Mcginley, and an exhibition, with works from Paul Whitty, Davide Tidoni, Bethan Elford, and many more. The exhibition is on Monday to Friday, 10-5pm, at the Glass Tank Gallery in Oxford Brookes, until July 13th 2018.